Spotlight on Burglaries: Outlining the burglary issue in south Auckland 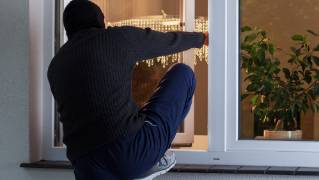 You’ve probably been burgled in your life time or know someone who has.

With that in mind, the Manukau Courier will be looking into this issue in its ‘Spotlight on Burglaries’ campaign over the next few weeks.

Reported incidents of burglary have increased in South Auckland over the last 12 months so we want you to be better informed about how to keep yourself and your neighbours safe to curb the rise of this insidious issue. We can all do our bit, whether it’s passing on handy tips or keeping an eye out for suspicious behaviour. 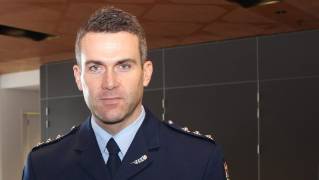 As part of this campaign we will also look into what the Police are doing to reduce this type of offending, find out what are the main items burglars target, plus feature some guest columns looking at what is driving this rise in criminal behaviour.

And most importantly, we want to hear about your experiences so head to our Manukau Courier page at edmc

Burglary is probably one of the most invasive experiences people will ever experience, Inspector Bruce O’Brien says.

The acting area commander for Counties Manukau West says there has been a slight increase in reported burglaries over February.

But he says burglaries are still a priority for police to deal with.

“…it’s probably the biggest breach of privacy people will experience if they become a victim,” he says.

The policing area, which covers Mangere, Otahuhu and Papatoetoe, has a number of repeat victims.

Police will work with store owners to make improvements, making it “target hardened”.

“Offenders will target locations that they feel they will be able to get into easily, that they won’t be detected that easy.”

It’s a similar predicament for some residential burglary victims.

“Over the summer period windows are left open. That’s understandable given the warm weather,” O’Brien says.

Police will recommend security latches for windows in those cases. A number of alarms are reasonably priced as well, he says.

O’Brien also reminded the community about leaving valuables in cars parked in the driveway. Stealing from those cars are considered burglary.

A number of police prevention messages also involve “getting to know your neighbours” in helping prevent burglaries by reporting suspicious behaviour.

That involved keeping track and making sure their bail conditions were being followed.

Police staff also made sure repeat offenders were getting into education or employment programmes.

In the area covering Papatoetoe, Otahuhu and Mangere reports were up nine per cent. It was the same increase in Papakura.

Do you live, or is your business located, in south Auckland? After you’ve reported it to Police, report your burglary to us.

Between March 20-31, Manukau Courier will attend your burglary or take down details of what was taken.

Through this we want to highlight the issue of burglaries and those affected by it. And in doing so, we hope it may help or inform others in preventing themselves from being targeted by burglary.

Report your burglary to us, after reporting it to the police, on our Neighbourly page or by emailing edmc.