Clothing and the Environment

From the attached article

1. Buy fewer clothes but ones that LAST.
2. Perhaps spend more on fewer quality items made from wool or cotton.
3. Stay away from synthetic fibres as much as possible.

Fig Leaves Are Out. What to Wear to Be Kind to the Planet? 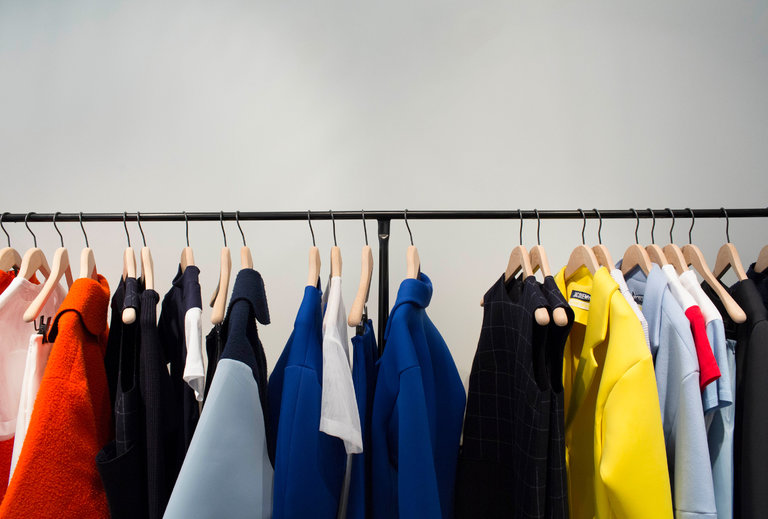 Americans spent around $350 billion on clothing and footwear in 2016. CreditLauren Fleishman for The New York Times

In the Garden of Eden, figuring out what to wear was easy and the fig leaves were environmentally friendly. Today, it’s much harder to find clothes that don’t have some kind of negative impact on the planet.

Textile manufacturers use complicated chemical and industrial processes to make clothing materials, from cotton to synthetic fibers. And while the environmental consequences aren’t always clear, consumption is growing. Americans spent 14 percent more on clothing and footwear in 2016 — around $350 billion total — than they did in 2011, and the trend is similar or greater in much of the rest of the world, according to the market research firm Euromonitor International.

Buying less is the easiest way to make a difference. But when you do need new clothes, you will usually be choosing among four major types of fibers: oil-based synthetics, cotton, rayon and wool. Their environmental trade-offs are so varied that a definitive ranking would be impossible. But here’s what we know, so you can make more informed decisions. 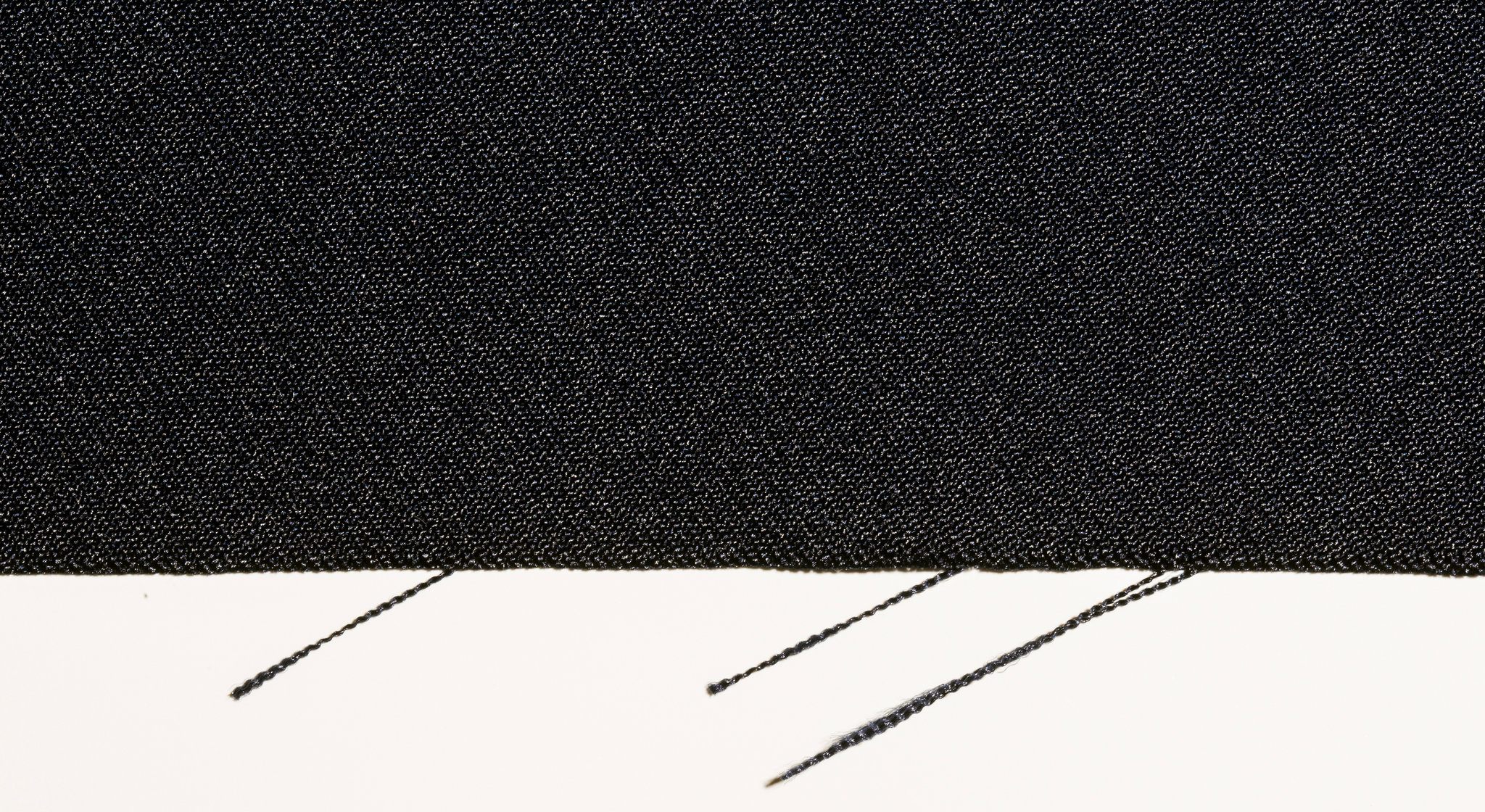 Polyester, the most common fiber, is made from a plastic derived from crude oil.CreditEric Helgas for The New York Times

Synthetic fibers — polyester, nylon and others — make up more than 60 percent of the global fiber market by some estimates. Most are made from oil, a nonrenewable resource.

Polyester, one of the most common fibers, is a plastic derived from crude oil. The long fibers that make up polyester thread are woven together to make fabric. Extracting the oil and melting the plastic require energy.

Perhaps a bigger concern is what happens when synthetics get into the hands of consumers.

Synthetic fibers shed plastic filaments — possibly from daily wear and tear, but also in the wash. If shed in the laundry, the filaments can make it into sewer systems and eventually into waterways. Even if these microplastics are trapped at filtration plants, they can end up in sludge produced by the facilities, which is often sent to farms to be used as fertilizer. From there, the fibers can make their way into other water systems, or into the digestive tracts of animals that graze on the fertilized plants.

Researchers found plastic fibers in samples from 29 tributaries of the Great Lakes in a 2016 study, making up about 70 percent of all the plastic collected.

Scientists have not been able to fully quantify the scale of the problem, but early research showed that plastic fibers are among the most abundant environmental debris in the world, according to Mark Browne, a senior research associate at the University of New South Wales, Sydney.

Cotton is natural, but not all natural. 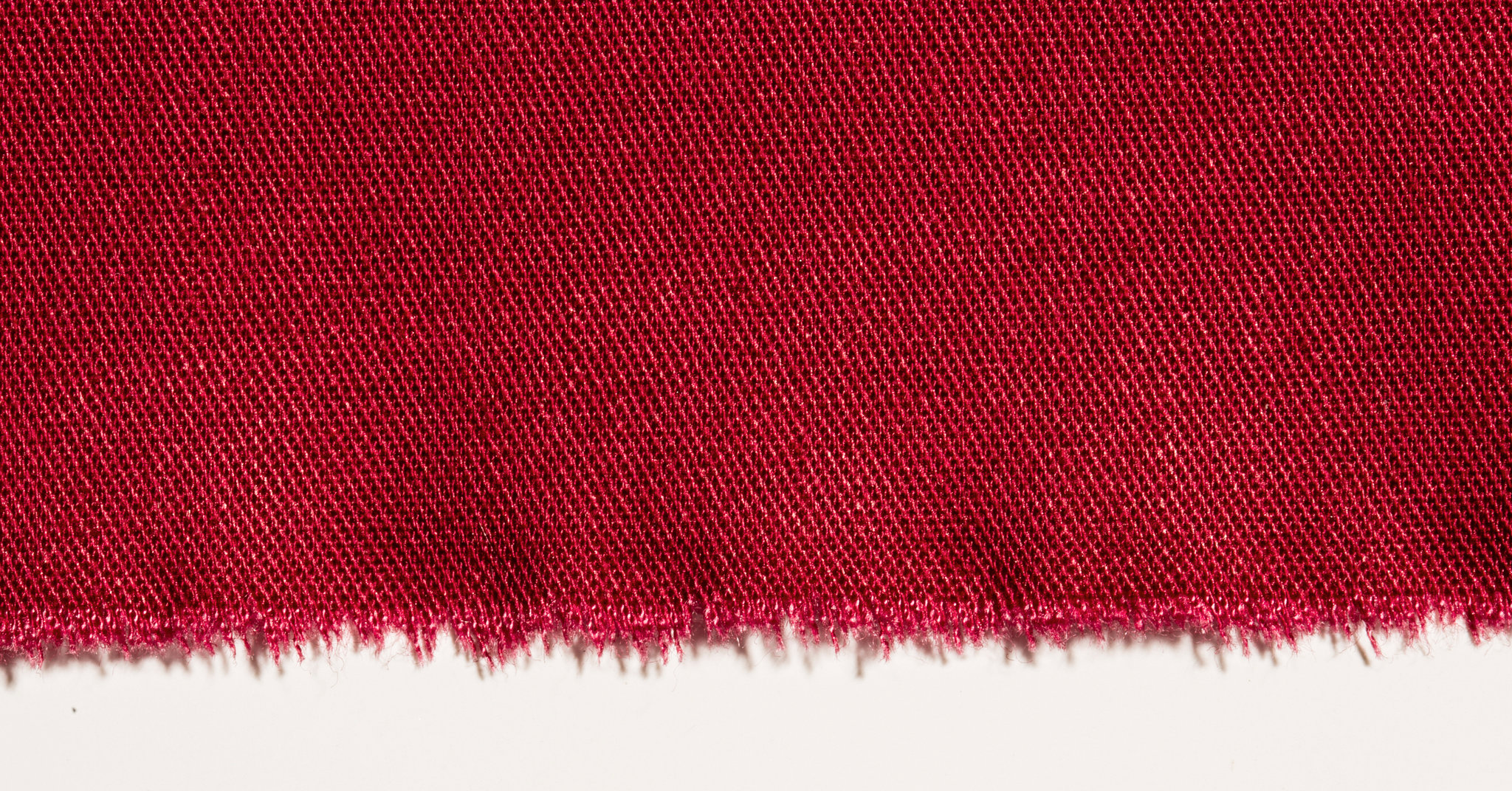 Fabric made from 100 percent cotton, which accounts for about 3 percent of global water use.CreditEric Helgas for The New York Times

Cotton makes up about a quarter of all fibers used in clothing, furniture and other textiles. Synthetic fibers or rayon are often blended with cotton thread, especially if there is a cotton shortage, as there was in 2011, or if the price of cotton goes up.

Cotton’s share of the textile market is declining, but cotton production still uses just over 2 percent of the world’s arable land and accounts for about 3 percent of global water use, according to the United Nations.

Cotton also requires pesticides. According to the Department of Agriculture, 7 percent of all pesticides in the United States are used on cotton. Many of those chemicals seep into the ground or run off into surface water.

Consumers can choose organic cotton grown without pesticides, but it uses more water and requires more land than conventional crops. Organic cotton can also be much more expensive and difficult to find.

Rayon is made from plants — and also chemicals. 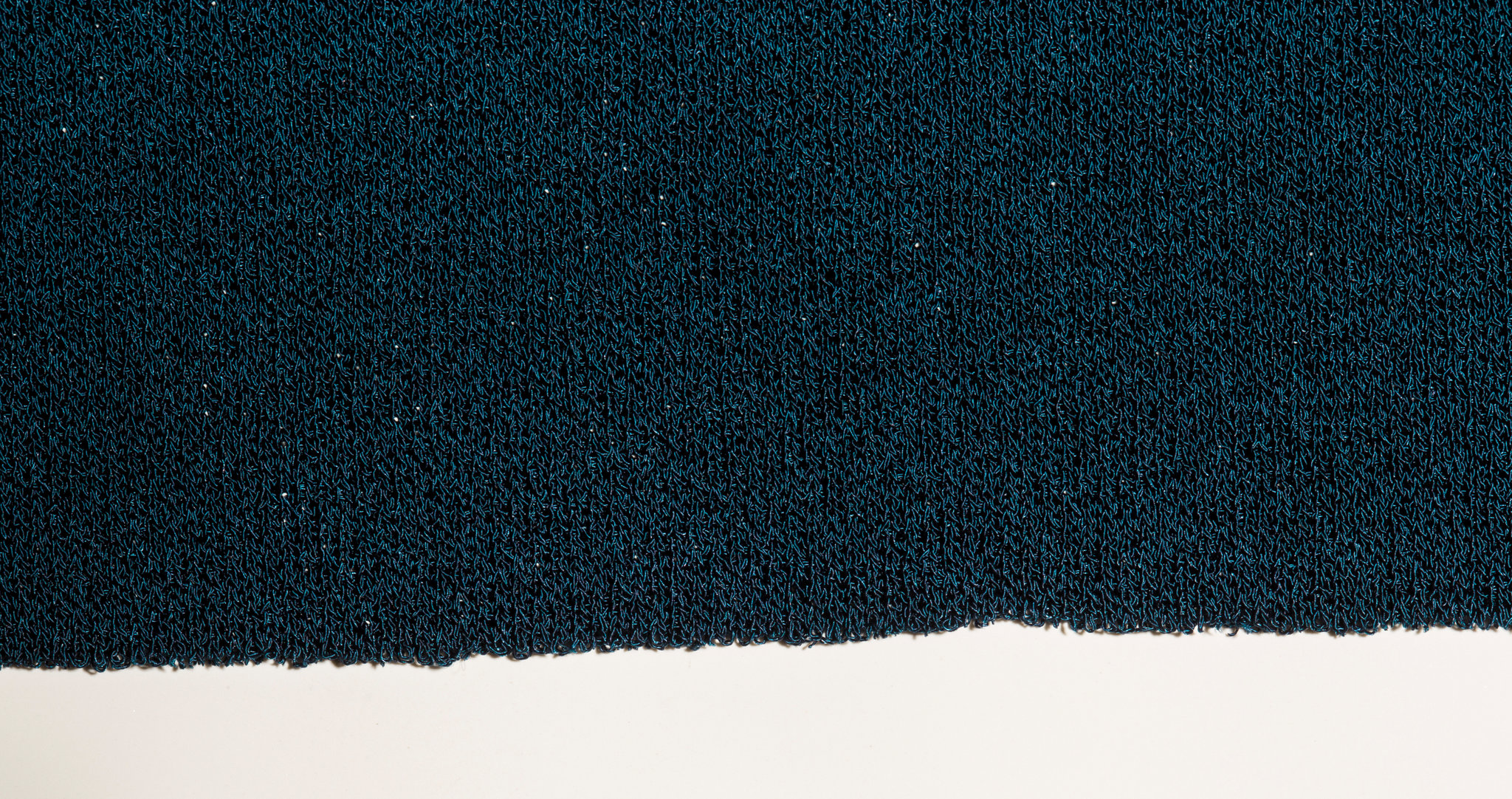 Rayon, one of the first man-made fibers. CreditEric Helgas for The New York Times

Rayon, one of the first man-made fibers, was developed from plant fibers as a substitute for silk in the 19th century. Most rayon today is produced as viscose rayon, which is treated with chemicals, including carbon disulfide.

Chronic exposure to carbon disulfide can cause serious health problems for rayon workers, including Parkinson’s disease, premature heart attack and stroke, said Dr. Paul Blanc, a professor of medicine at the University of California, San Francisco, who has written about the history of rayon. The chemicals may also be released into the environment, though the effects are harder to pinpoint. By the time the rayon gets to the store, it poses no danger to consumers, Dr. Blanc said.

Viscose rayon is often made from bamboo. In Indonesia and other areas, producers are cutting down old-growth forests to plant bamboo for rayon, said Frances Kozen, associate director of the Cornell Institute of Fashion and Fiber Innovation.

Ms. Kozen warned that viscose rayon is often wrongly marketed as environmentally friendly because it is derived from bamboo. The Federal Trade Commission has required retailers to provide accurate labels.

If viscose rayon is produced mechanically from bamboo instead of chemically, which is sometimes known as “bamboo linen,” it has a relatively small environmental impact, but it is much more expensive.

Another type of rayon fiber, known as lyocell or Tencel, is often made from bamboo but uses a different chemical that is thought to be less toxic, though studies are scarce, Dr. Blanc said.

Wool might be less practical, but it’s probably more sustainable. 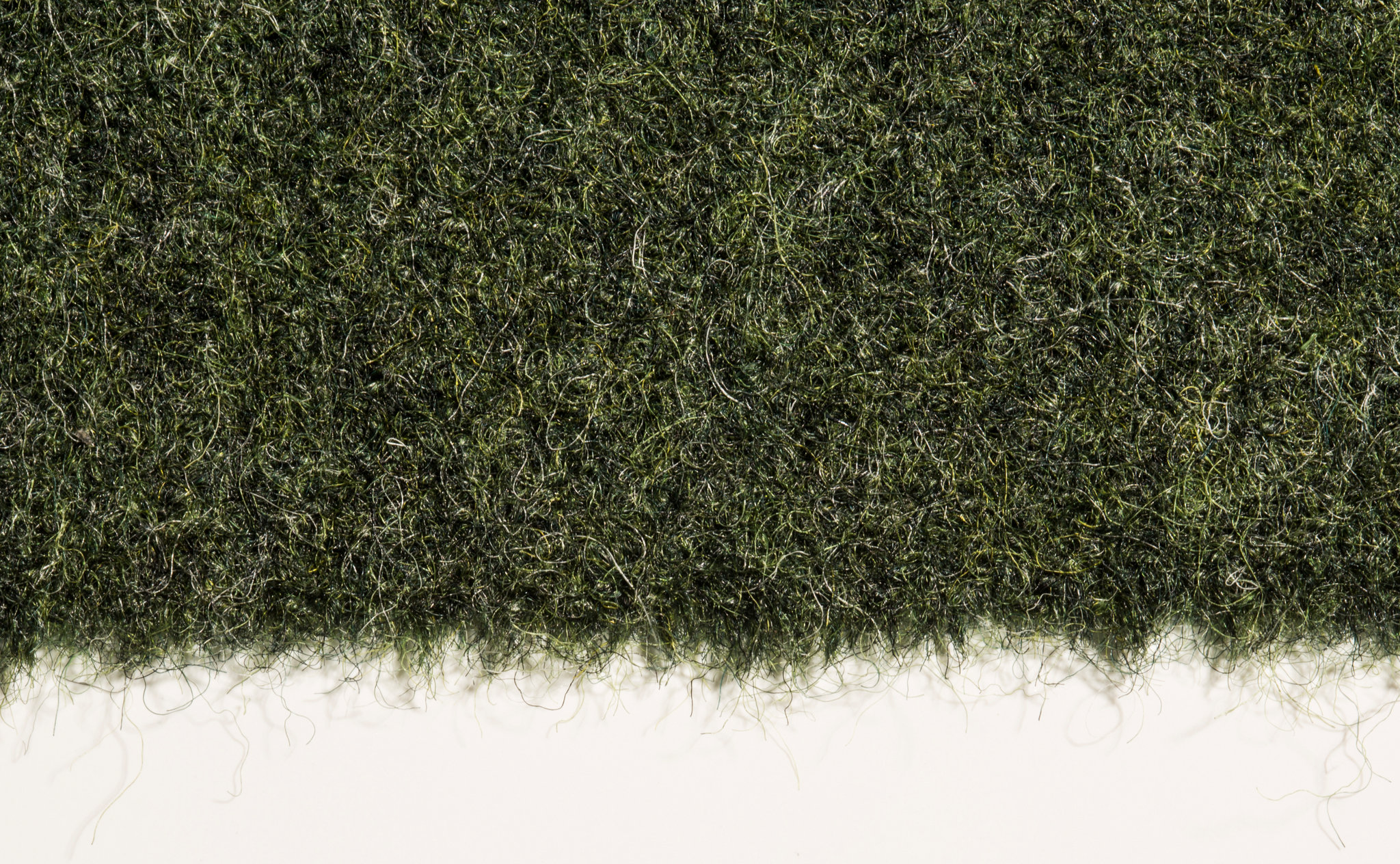 Wool would be the ecologically friendly choice, if not for sheep’s methane-emitting belches.CreditEric Helgas for The New York Times

Producing wool requires sheep. And sheep, like other ruminants including cattle, produce methane, a powerful greenhouse gas, in their burps. One study suggested that 50 percent of the greenhouse gas emissions from the wool industry come from the sheep themselves.

Still, Ms. Kozen said she considered wool to be more ecologically sound than cotton, rayon or synthetic fibers, though she added that not everyone shares that view.

So what can you do? 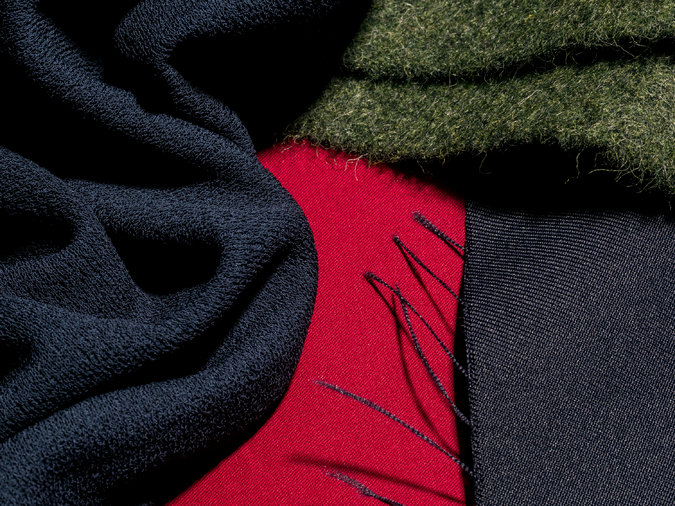 Four common fabrics, each with their own ecological pros and cons. CreditEric Helgas for The New York Times

“The best thing we can all do is buy less and wear more,” Ms. Kozen said.

The “fast fashion” market isn’t helping, since it encourages rapid turnaround between seasons and more frequent clothing purchases. These clothes aren’t made to last, so they are more frequently thrown out.

When new clothes are made, materials are often shipped internationally from farms to factories to stores, adding to emissions.

Used clothing is also difficult to recycle; when synthetic fibers are woven together with natural ones, the natural fibers cannot biodegrade in landfills, which would take a long time anyway.

Even donating clothes can have unexpected consequences, said Andrew Brooks, a professor of development geography at King’s College London. Since many donated clothes end up in less developed countries, “they also displace the opportunity to produce and manufacture things locally, creating a dependency between rich countries and poor countries,” he said.

Some sustainable initiatives also save growers and producers money, said Nate Herman, a senior vice president for supply chain for the American Apparel and Footwear Association, an industry group. “That’s the best driver for sustainability: what helps the bottom line.”

For consumers, the most effective solution may be to keep wearing that old T-shirt that your family hates, buy used clothes or just make do with fewer articles of clothing.

The environmental problems from textiles will continue to compound, Ms. Kozen said, “if we can’t get rid of that mind-set that clothing is disposable.”