Good thing there is gun-control in New Zealand, that is all I have to say. South Auckland shop owners ‘live in fear’, as violent robberies rise

Good thing there is gun-control in New Zealand, that is all I have to say. Can you imagine how much death and destruction there would be if the perpetrators of these crimes, and the dairy owners, had firearms like you see in Chicago?

South Auckland shop owners are “living in fear” as they face a dramatic increase in aggravated robberies.

Police figures show that on average there’s more than one robbery a day in the area, with 418 aggravated robberies recorded in the Counties Manukau district from June 2016 to May 2017.

Sunny Kaushal​, president of the Crime Prevention Group, said the situation was getting out of control. 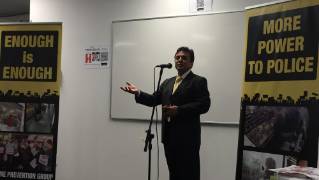 Sunny Kaushal says there need to be tougher penalties for those caught robbing dairies and petrol stations.

“This is not a new problem, it’s been happening for more than 10 years, but recently it’s been growing like an epidemic,” he said. 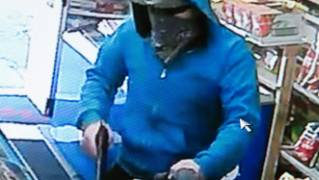 A total of 1237 aggravated robberies were recorded at dairies and petrol stations from June 2016 to May 2017.

Kaushal said many shop owners lived in fear that they would be targeted next.

“When they come to work every day they don’t know whether they’ll go home safely at the end of the day,” he said.

“Many have started putting up metal bars and grills because they’re so desperate.”

One south Auckland dairy owner, who wished to remain anonymous out of fear of being targeted by thieves, said he had stopped allowing his wife and children in his store due to the spate of robberies.

An attack in Papatoetoe last October saw six girls raid Hari Superette and beat a worker with a hammer before fleeing with cigarettes and the cash register.

In another, four masked offenders stormed Kamal Singh’s dairy in Mangere and held a machete to a worker’s throat.

“They came from the back and hit him on the head and smashed him on the floor,” Singh told TVNZ on Friday.

A total of 1237 aggravated robberies were recorded at dairies and petrol stations from June 2016 to May 2017 – up 87 per cent from the previous 12 months.

It followed the launch of a police and Crimestoppers campaign to crack down on aggravated robberies, with rewards now offered for information that leads to prosecution of offenders.

Kaushal said a police crackdown would only be effective if it was followed by tougher penalties, as current sentences were “too weak”.

“Until there are tougher sentences it won’t make any difference,” he said.

“We need to send a message that the punishment will be tough if you commit these kinds of crimes.”